Entrance Exams THE MANY THINGS THAT WENT WRONG IN XAT 2018

THE MANY THINGS THAT WENT WRONG IN XAT 2018 In India, close to 2 lakh students appear for the Common Admission Test every year, and almost half its numbers take the Xavier Aptitude Test. All of the future managers and leaders appearing for the latter arrived at their assigned centers at 8:45 AM today. This was not what they were expecting.
Where do we start?
Well, let us take the cases of Pune, Kolkata, and Gurgaon. Center named “MA Rangoonwala Institute of Information Technology, Azam Campus” in Pune, “Barasat” in Kolkata, and “BM group of institutions, Farukh Nagar” in Gurgaon was hit with an avalanche of technical issues. At the time of writing this report, exams have been re-scheduled at Kolkata and Gurgaon centres. Students have started receiving emails from XLRI regarding the matter and they are told that new exam dates will be informed in some time. 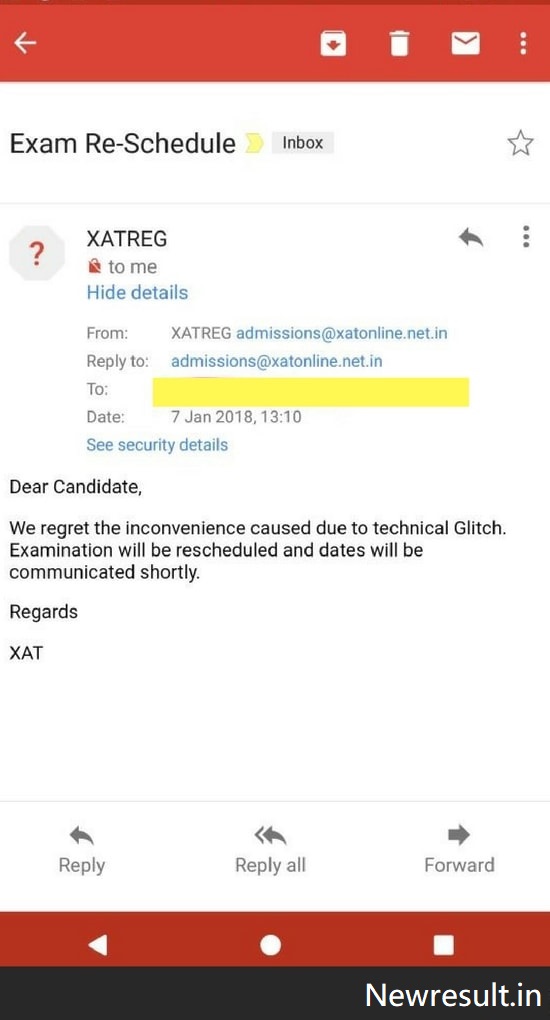 At each of these centres there were around 200 to 300 students each. It is estimated that at least 500-1000 students faced intense issues. The panic and chaos they had to go through was traumatic to say the least. Check XAT 2018 exam analysis and expected cut off here.
At Azam campus around 100 students had no clue where to sit as there was no seating arrangement put up. They just had to line up to get seats. After filling one room, remaining students were transferred to another room. This process was harrowingly repeated. Shockingly, biometric verification was done after exam. It is unclear at present whether declaration of result of XAT 2018 will be delayed because of all this or not.
Several students have reported various other problems. Such as centres did not have enough pens to give so that test takers could do rough work. In one centre in Delhi, checking of students was done in at least six different stages in quite a haphazard order. At a center in Dwarka, candidates repeatedly got logged out of their systems. At some places invigilators seemed ill-equipped to handle an exam of this critical level.
What next?
There is no point in playing the blame game now that the exam is over, it can only be expected that next time such a fiasco not be repeated. For the students who had to bear it all, they may check their emails to see if they are getting email about rescheduling.
In this session, some more management entrance exams remain. They are: CMAT 2018, IRMA SAT 2018, MAT Feb 2018. We wish candidates best of luck for their remaining exams.
Also, stay tuned for results of CAT 2017 which can come out any time now.
Share This:
Facebook Twitter Google+ Pinterest Linkedin Whatsapp
Entrance Exams
By saurabh at January 08, 2018